SCC5 Nuweiba is one of six SCC’s, a sector control centre. The MFO had 6 of them along the Eastern flank of the Sinai Desert. SCC’s 1 to 4 were located north of Eilat.

SCC5 Nuweiba is located halfway between Eilat and Sharm El Sheikh. SCC6 is located on top of a hill. SCC5 has a stunningly beautiful beach, ideal for snorkeling, sunbathing, scuba diving and relaxing. In 1982 when I was at SCC5 Nuweiba there was literally nothing apart from a radio tower. There were also no sleeping facilities so during our first period here we slept on the beach or on the back of a lorry. Often a local bedouin came over and spent time with us. We hardly had any conversation but he was very kind and provided us with a magnificent fresh fish lunch. He just swam into the sea and came back with the most amazing fish, caught with his bare hands.

As you can see from the photos below, Nueweiba was one big open space. When the Israelis departed the Sinai the Egyptian government started huge developments in this area. One of them was the establishment of Nuweiba Port. Today Nuweiba Port has several car ferries crossing the Gulf of Aqaba to Jordan. Due to the port the small town developed rapidly too. 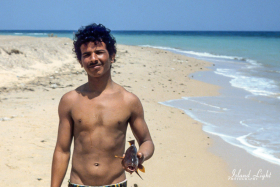 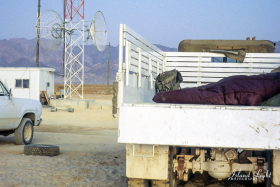 Holiday in Sharm el Sheikh has changed over the last 40 years since it was handed over to Egypt. Nowadays Sharm el Sheikh is THE tourist destination on the Sinai Peninsula luring tourists from all … END_OF_DOCUMENT_TOKEN_TO_BE_REPLACED

The mission of the MFO is to supervise the implementation of the security provisions of the Egyptian-Israeli Treaty of Peace and employ best efforts to prevent any violation of its terms. Read more….